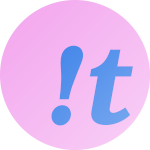 This is Beng Tan and welcome to Interesting Things, a curation of interesting stories and links from tech, indie biz, science, and related fields.

Wow, I’ve only been doing this for about a month and it’s the sixth edition already. Time flies.

This edition has a COVID-related article. I try to stay away from pandemic related news since it’s usually entangled with politics, but this time, I included an article for the science.

I hope you find the following stories interesting. If you don’t, you can [unsubscribe]({{ unsubscribe_url }}) and I won’t pollute your inbox again.

Need Something Sorted? Sleep on It! — Sort a list of integers by going to sleep.

Losing control to Kubernetes — Having an actual implementation of something is useful in understanding it so I decided it was time to learn something new.

TraNOR - A computer built with transistors (Apr 2021) — The CPU consists of 1897 MOSFET transistors. This computer is fast enough to play games on it.

Making sure the things that aren’t supposed to work don’t work — Remember to test for false positives.

Linux Internals: How /proc/self/mem writes to unwritable memory — Writes performed through this file will succeed even if the destination virtual memory is marked unwritable.

Personalized Content Feeds Suck. Curation is a Better, Scalable Alternative — Algorithms fail to expand consumer interests despite the deluge of information on the internet.

Stop building websites for iPhones — Not everyone can afford the latest iPhone or Galaxy.

Constant-Time Big Numbers: An Introduction (Apr 2021) — Timing attacks and how to mitigate them with constant-time code.

What’s a Principal Software Engineer? — One of the things I couldn’t answer in the last 4-5 years was my role.

Learn CSS — An evergreen CSS course and reference to level up your web styling expertise.

Teardown of a PC power supply — Have you ever wondered what’s inside your computer’s power supply?

The tools and tech I use to run a one-woman hardware company — A look into the tech and tools used by Winterbloom.

CHIP-8 (and Emulators) In Plain English — Learn about CHIP-8 by writing an emulator for it.

Developing mobile digital key applications with ClojureScript — See how we use ClojureScript, React Native via Krell, and Storybook to manage complexity and improve workflow efficiency.

Powering the Python Package Index in 2021 (Apr 2021) – What does it take to finance and power PyPI in this current day and age?

Cryptography from the Ground Up — Delve into the world of classical cryptography.

When Adobe Stopped Flash Content From Running It Also Stopped A Chinese Railroad (Jan 2021) — Dalian’s railroad network found itself ground to a halt for 20 hours.

Rust is a wave of the future — Dealing with Rust is going to become increasingly necessary for me and a lot of people.

Why are device-independent bitmaps upside down? — Something that catches out everybody the first time they encounter it.

Why the sad face? — An alternative indenting style for python from a core developer.

All Systems are Human Systems — It’s in our best interests to to understand the broader, human scope that systems operate within.

Brainstorming Shopify for SaaS with Travis Fischer — What are the lessons learned? Is the opportunity still up for grabs?

Faster than a PCR test: dogs detect Covid in under a second — Study in London used six enthusiastic dogs in a double-blind trial.

New Propulsion System Could Enable Flying at Speeds Up to Mach 17 — Paving the way for hypersonic flight such as travel from New York to Los Angeles in under 30 minutes.

Stanford researchers make ‘bombshell’ discovery of an entirely new kind of biomolecule — A newfound biomolecule could be present in all forms of life and might contribute to autoimmune disease. Another link.

The Body’s Most Embarrassing Organ Is an Evolutionary Marvel — And yet we have very little idea where anuses come from.

Archaeologists train a neural network to sort pottery fragments for them — The network turned out to be as good at the job as human archaeologists.

Incredible Microscope Sees Atoms at Record Resolution — The resolution is so fine-tuned, the only blurring that remains is the thermal jiggling of the atoms themselves.

Algae proteins partially restore man’s sight — The patient was completely blind before the treatment. Now he can see and count objects on a table.

Solar storms are back, threatening life as we know it on Earth — A few days ago, millions of tons of super-heated gas shot from the sun and hurtled towards Earth.

How Japanese Technology Shaped Dance Music — How did this island nation come to dominate music production and playback?

The Optimal Amount of Hassle — What is the optimal amount to put up with so I can still function in a messy and imperfect world?

DeFi Beyond the Hype [pdf] — The Emerging World of Decentralized Finance.

The Psychology of Internet Scammers and Frauds — I found that many people in the industry were actually pretty ordinary people with homes and children.

Blog about what you’ve struggled with — The process I use for a lot of my blog posts.

If you enjoyed these stories, please share this newsletter with 2.9 friends (That’s the reproduction number I’m trying to reach).

And should you come across anything interesting in your wanderings, please email or tweet me. I’d love to give them some exposure too.